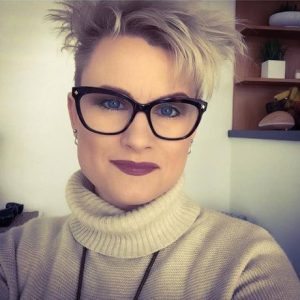 Ashley Lorenzi Knight’s life has been described as a fairytale. Known worldwide as The Mermaid Lady and as a published author, the magical events peppering her history are oftentimes, difficult to believe.

Two events of significance occurred during her birth in 1977: the VC10 jet flight time record from London to Bahrain was smashed by her father in his determination to be by her side, and the appearance of brilliant meteor showers over the desert island that was witnessed by her godmother. At the age of five, she was scouted by a Paris Vogue photographer and featured in the famous magazine, launching her love of modeling and photography. She spent her early childhood living in Bahrain, England, and Spain – attending school in both the Middle East and the United Kingdom – before shifting to the United States in 1984.

Moving to Idaho gave Ashley the chance to experience life on a beautiful ranch, where she honed her horse riding skills in English riding, dressage, show jumping, and Western riding. This would be of great advantage when later, she became a Rodeo Queen and spokesperson. She flourished in the arts at a young age, leaning toward singing, poetry, and writing, but also excelled in sports including downhill skiing, gymnastics, track, volleyball, ice-skating and snowmobiling. Her modeling career took her all over the country throughout her high school years.

By the age of sixteen, Ashley was enrolled in University. Studying opera for an entire year, the foundation laid the way for her future singing endeavors. Her writing skills resulted in a student teaching position with university professors. During this time, several of her poems were published in the nationally acclaimed magazine, Cold Drill. While attending school, she continued to model, sing, and work in banking to pay for it all. On the side, she worked as a makeup artist with photographers. Always eager to expand her experiences, she earned her scuba diving certificate – using it to dive all over the world – and even spent a semester working with Walt Disney World! She applied through their esteemed Disney College Program and earned a coveted Disney World Magic Moment Award. She graduated University with a BA in English/Writing Emphasis and a Minor in Biology.

A chance meeting in downtown Boise brought love’s destiny to her life in 2000 when she met the man she had dreamed of since her youth. Greg and Ashley were married in 2002 on the cliffs overlooking the picturesque Payette Lake in McCall. Inseparable, they now have two children of their own. The main characters of her first published works, Amazon best-selling FINS Trilogy, mirrors much of her early married life with her husband.

During this time, Ashley began working as a professional mermaid, giving herself the name The Mermaid Lady and coordinating with aquariums and businesses throughout Idaho. Working with photographers both on land and underwater, her modeling shots were viewed worldwide, gaining her a following online. Not able to keep from singing, she formed and was part of several bands ranging from country music to alternative rock. She also sang for a number of years at her church.

Her last young adult book, Falwyn, was released in 2014. In the summer of 2015, Ashley and Greg moved their family to New Zealand where they lived in Hamilton for three and a half years. House Hunters International filmed the move and it aired in 2016 under the title “Mermaid Abroad”. During this time, she co-authored two books with renowned authors David Wood and Steven Savile. Herald hit Amazon best-selling lists. Argo has seen international sales. It was in 2017 when she was featured in New Zealand’s best-selling magazine, Woman’s Day. The article highlighted her career as a professional mermaid and emphasized the loving bond between her and Greg.

2018 held big changes for the Knight family. The family packed up and, once again, moved internationally. They returned to the States, settling in Washington. The second jump across the pond proved exhausting and as such, she released Seeking God, a Christian daily devotional she published under her middle name, Lee Knight, and then promptly took a break from writing.

2019 will see the release of her anticipated adult thriller, Five.